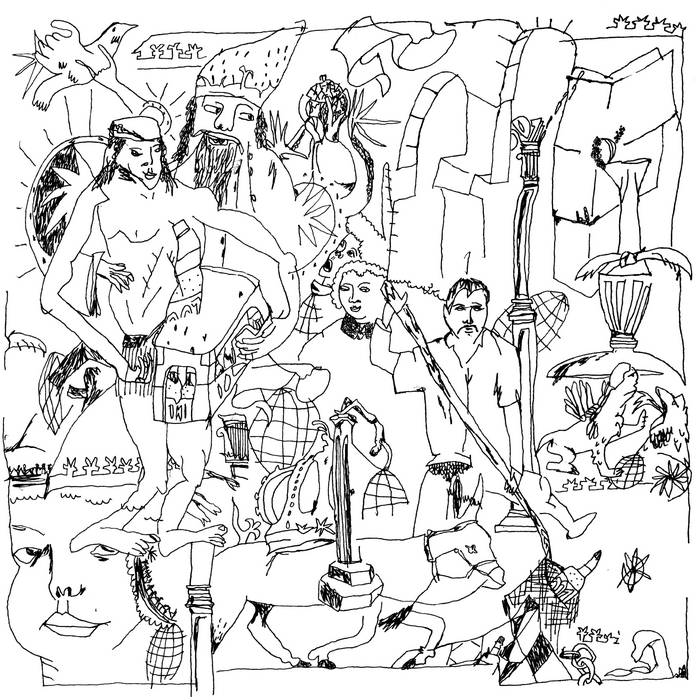 Flippen Disks is a newly-founded, Amsterdam based, music outlet, run by Monty, named after his grandmother’s maiden name. This first release sets out to find the label‘s own space in between genres, a versatile endeavour to move dance floors, yet staying non-functional enough to be listened to at home as well. It features the first ever release of Julius van Ijperens new alias Post Traumatic Drum Disorder and a collaboration with Flippen Disks founder Monty on one, while the flip side features a track by the latter and a superb remix by Candomblé’s own DJ Ungel from Düsseldorf.

Tracks :
A1 PTDD by Post Traumatic Drum Disorder is a brilliantly composed nine-and-a-half minute piece, in which Julius van Ijperen dares to take something that seems a scarce resource these days: time. Time, to lead the listener and dancer deep into the delicate soundscapes and the playful polyrhythmic patterns that shift and re-shift and collapse and re-build and collapse again.
A2 Tamboe is a more straight forward but similarly interesting cut, clearly designed for the dancefloor. This collaborative effort originated in PTTDs and Monty’s first encounter and makes heavy use of MS20 and 808 sounds in maybe surprising ways, flipping from rather unspectacular into an almost rave and/or understated trance feel.
B1 Haybo by Flippen Disks founder Monty changes from dreamy to trippy in the course of its almost eight minutes, resonating spacey house, breakbeatish and balearic vibes, spiced with somewhat darker allures into EBM.
B2 DJ Ungel’s Adventure Mix of Tamboe is superbly innovative, morphing the original‘s elements into absolute Ungel-style: Full of details and intriguing sounds that charmingly hint at Trance, Goa, Rave and other lost-and-found styles of electronic music. Made for smokey dance floors, hazy hours and your late night drive from Düsseldorf to Amsterdam.

Bandcamp Daily  your guide to the world of Bandcamp